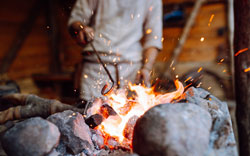 It’s good if you’re checking out the material of the blade if you’re planning on buying a knife you can rely on to do the job you want it to do. There are plenty of metal alloys used for many different types of blades. Some metal alloys are good for outdoor activities like hunting, others are for opening packages and other EDC tasks, and there are metal alloys best for certain types of kitchen knives.

But it’s certainly surprising if you ever find the 1144 steel listed as the blade material, then it’s most likely a type. Or else the knife has the “1144” as part of its model number, but it uses another steel for the blade. You don’t find the 114 steel for knives because it’s not meant for that purpose at all!

With this guide, we will take a closer look at 1144 steel to determine why it’s not for knives, and to see what it’s actually good for. 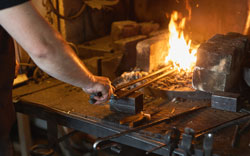 The 1144 steel is a kind of carbon steel, meaning it has significant amounts of carbon for a higher hardness level than non-carbon or lower carbon steels.

It uses the combination of manganese and sulfur to give you a freemachining steel. That means it’s easier to machine the steel, because the steel when machined forms small chips. The small pieces of chips don’t get entangled as much with your manufacturing and production machinery.

That means you can automate the production process with having people to help with the process. You’re able increase your machining rates, and with the use of the relatively higher carbon steel then your tools last much longer.

The most common uses for steel include:

Some metalsmiths like using the steel for practice, especially newbies. It’s not really all that expensive, and in fact it was meant as an alternative to costlier alloy grades.

There’s really not that much to see in the chemical composition of 1144 steel.

Carbon, 0.40% to 0.48%: This is relatively a high level of carbon, which explains its hardness and strength. In steel, carbon is widely regarded as the most important element.

Manganese, 1.35% to 1.65%: Next to carbon, this is the most crucial element. Its effects are actually similar to carbon, and metal experts tend to combine carbon and manganese to get the features they want in the steel. It’s also a necessary component for hot rolling the steel, when combined with sulfur and oxygen. The manganese also boosts the tensile strength and hardenability of the steel.

Phosphorus, 0.04%: Phosphorus is actually regarded as a kind of impurity in the steel, which is why most steels contain very little of it. But with this tiny amount of phosphorus, it also boosts the machinability of the steel. In addition, it also increases the steel’s tensile strength.

Sulfur, 0.24% to 0.33%: This is another “impurity” that you don’t normally want your steel alloy to contain. But it also helps with machinability, which is what 1144 steel is mainly known for.

That’s it. You just have these few elements in the steel.

This depends on how the steel is prepared. But the hardness level can be quite high, since the 1144 steel is designed to for good resistance to deformation and wear. It’s harder than lower carbon steels, which is why it’s a better alternative.

Yes. It’s not exactly stainless steel, as there’s no chromium in it. There’s no real corrosion resistance at all. You really don’t want this steel to get wet. 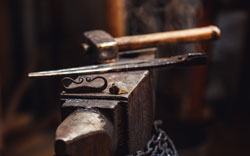 Here are the characteristics of 1144 steel that makes it popular for certain industrial items:

It Allows for Automated Production Runs

One of the main problems with working with steel in factories is that pieces of the steel can get entangled in the machinery. That will require workers to deal with the problem, and that means delays and increased production costs.

But the 1144 steel gets you small pieces that don’t get entangled in the machinery. That allows you to automate the entire process, as your workers won’t have to deal with any problems.

You Get Higher Machining Rates

In other words, your manufacturing process, when you’re using the steel to make gears and spindles, is a lot more efficient. You’re able to manufacture more of the tools you’re making, which means more profits for your company when you sell them.

Or if you’re supplying an order, you’re able to deliver the goods faster. That’s also great if you’re the customer.

This is due to the relatively higher carbon content compared to other similar steels. The 1144 steel increases the lifespan of the gears and spindles, which is great for your needs. You won’t have to replace them too frequently.

It’s true that the 1144 steel costs a bit more than the lower carbon steel counterparts. But you’re able to compensate with the more efficient manufacturing process, and the longer tool life. In the end, you save money.

If you’re a newbie to working with metal alloys to make your own tools, why spend more for practice? You can use the 1144 steel instead, which you can as a cold drawn carbon steel. You can then experiment with various heat treatment techniques and improve your metalsmithing skills. 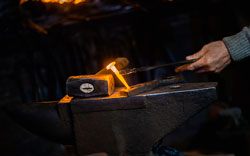 These are very similar steels, at least on paper. They almost have the same average alloy composition in common.

But in practical terms, 4140 steel is simply stronger. It’s a bit harder, its tensile yield strength is 35% greater, it offers about 20% to 25% greater impact strength, and it stretches a bit longer before it breaks.

However, if you don’t need that extra strength, the 1144 steel may be the better choice because it’s more economical. You still get good hardness, and you save more with the efficient machinability.

This is another suitable comparison, because they both contain somewhat similar amounts of the 4 elements listed in their chemical composition. In fact, they’re used for many similar items like bolts and crank shafts.

Short answer: no. In fact, let us emphasize the point and say: Heck no!

It’s really not meant for knives at all. Sure, it’s good for machining and strong enough for spindles, gears, and piston rods. Its carbon content makes it strong enough to withstand the stress it’s likely to encounter.

But there are plenty of other steels meant for knives that simply work better than 1144 steel. It’s not a coincidence that you don’t easily find a commercial knife that uses the 1144 steel for the blade. Every manufacturer has come to the same conclusion.

The people who often ask about 1144 steel are newbie metalsmiths who have stumbled upon the metal and wonder if and how they can use it. Yes, it’s good for metalsmithing practice, and it’s not bad to make a hammer with. But it’s certainly not the best for hammers, either.

It’s also not your optimal material for knives, either. That’s easy enough to check online when you realize that Google doesn’t show you any knives made with 1144 steel. So, pick another metal alloy, if you want a knife that actually works like a real knife!